Think of the word unique then take a look at Shari; she’s the embodiment of the word. Shari is a 22 year old musical powerhouse out of Kansas City, Kansas. She doesn’t like being labeled as a rapper or singer, labeling herself as a “Music Maker.” Recently, she’s taken a liking to visual arts as well, something she’s been practicing for a couple months. Music is different, she’s been continuously working on music since she was 18. Shari states that she didn’t get serious about her craft until others began doubting her abilities, which at the time she had nothing to prove them wrong. She changed this quickly, using their underestimations as a driving force to show up and show out. She draws influence from musical artists such as Mama Badu, Doja Cat, and Jill Scott; the same ideas of self love they represent are present within her music. Through use of silky smooth vocals, she weaves together relatable lyrics over Neo-Soul beats that result in a song producing vibes comparable to those of artists such as SZA or NAO. We mention those two only to put her skills into perspective however; Shari’s music is too extraordinary to make a serious comparison to anyone but herself. To put it simply, the girl is a vibe! With her talent, she plans to create music catering to your aesthetics. We hear this while listening to all of Shari tracks, but, we do intend to name a few. Listening to songs such as “dnd,” “n o m o r e,” “wait,” and “distracted” made it feel as though we were floating, resting on clouds formed by Shari’s outstanding sound paired with engaging lyrics. Topics can be anything such as emotion, intimacy, or simply boredom. Different topics reach different people, which is why Shari encourages everyone listen to her music. “Anyone can listen, send it to ya’ granny.” In her words, her dream is to “spread words of knowledge and nonsense like jelly,” the world being her bread. Her message to everyone is that it’s okay to be yourself, it’s okay to do what you want. If someone labels you emotional, it’s okay; if someone thinks you’re nasty, it’s okay. What matters most is that you’re true to yourself by being yourself. She continues to work with other prominent artist in her community, saying that she doesn’t know where she’ll land, but that success is definitely headed her way. The quote she leaves us with is “D.O.T.S.” — Kenny Beats. Give Shari a listen, you won’t be disappointed. Always move #CloserToYourDreams 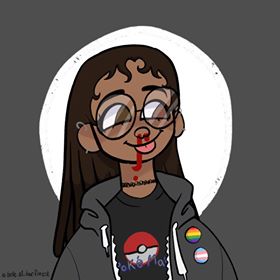 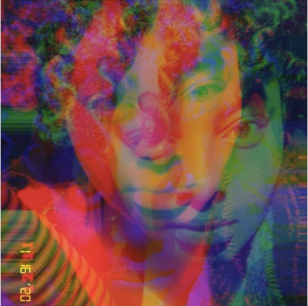